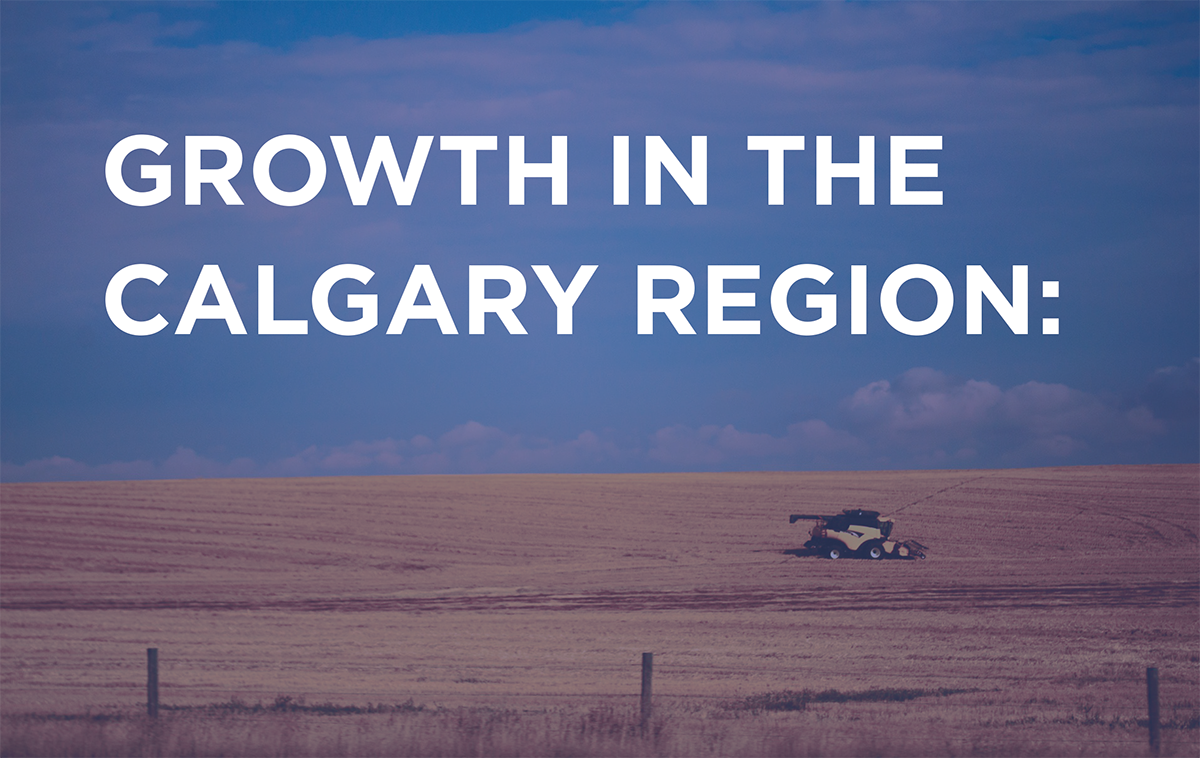 The Calgary Metropolitan Region Board was created in 2015 by the NDP government to control planning and development for the entirety of the Calgary region.

Since then, this unelected body has been working on creating a new Growth Plan for the region that contains some of the most radical changes to development and planning rules ever proposed in Alberta.

With the enactment of this Growth Plan, the Calgary Metropolitan Region Board is set to become what will effectively be a fourth level of government for citizens of the Calgary region and will allow the City of Calgary to export its bad policies across all the other municipalities of the region.

Yet barely anyone in the Calgary region has even heard of the Board.

How is it possible that a new level of government could be introduced without anyone noticing?

Well, in part, that's thanks to a very deliberate effort by the former NDP government, and the Board itself, to keep the powers and potential wide-ranging influence of the Board as below the radar as possible for as long as possible.

The Board, at least according to its designers, is simply meant to help manage planning and development issues, in order to help manage the significant population growth that the Calgary region is expected to experience in the coming decades.

Make no mistake about it, though, the Calgary Metropolitan Region Board and its Growth Plan do much more than this.

The entire Growth Plan is based on the philosophy that a small group of people, in this case, bureaucrats and city planners - particularly in Calgary - can do a better job planning and managing population and employment growth than the free market can.

The central planners believe that the challenges of growth are better addressed by forcing the municipalities in the Calgary region to cooperate rather than compete to provide these services and facilities.

Rather than merely permitting cooperation between municipalities as claimed, however, the creation of the Calgary Metropolitan Region Board and the implementation of the Growth Plan actually forces Calgary and the surrounding municipalities to cooperate on many issues, even when this goes against the wishes of the municipalities and their residents.

Requiring municipalities to cooperate even if they believe it is against their and their residents’ interests to do so is bound to lead to less fair and less equitable outcomes for the whole of the Calgary region.

Even worse, the forced co-operation doesn't go both ways.

Despite claims that the board is based on cooperation, the ten member municipalities are being forced to participate in the organization, they cannot leave, and the voting system of the board effectively gives a veto to the City of Calgary on every issue.

In effect, this puts Calgary politicians and bureaucrats in charge of planning and development for the entire region, as without Calgary’s approval, no plan or development can go ahead.

This is no accident, the Board was very deliberately created to do exactly this.

For years, Calgary has pursued bad public policies that have increased rules, regulations, red tape, and taxes on businesses and residents of Calgary.

The situation has become so dire that, now, many businesses and residents are leaving Calgary entirely, and setting up their operations and family lives outside of the City, in one of the many surrounding municipalities, where regulations and taxes are lighter.

Essentially, Calgary has become uncompetitive with other municipalities in the region, but planners in Calgary don't see this as a problem, rather they see it as an opportunity.

But the City of Calgary didn't want to fix the problem by cutting red tape, getting taxes and spending under control, and working to become competitive again.

Rather, the City lobbied the provincial government to help them out by giving Calgary the power to impose the same high levels of regulations across the entire region - essentially killing off the competition.

It was perhaps not surprising that the former NDP government was willing to give the City of Calgary this power, as the NDP government do not understand or believe in the benefits of free market competition to begin with.

But the current Alberta government has repeatedly stated that their core focus is on reducing red tape and unleashing Alberta’s economy and they have put significant effort into achieving this goal in many other policy areas.

Yet, when it comes to regional planning they have, so far at least, permitted the exact opposite to continue.

Rather than reducing red tape and regulation to get the Calgary region’s economy going, in almost every policy area the Growth Plan goes in completely the other direction and essentially centralizes planning decisions for the entire region.

All types of development – single family houses, row houses, apartments, shopping malls, retail stores, manufacturing, warehouses, agricultural services, and more – will now have to be approved not only by the local municipality but also by an unelected board dominated by the City of Calgary.

Thrown out the window is any concept of the free market, individual choice, property rights, competition, and, frankly, basic economics.

This dramatic centralization will impose a series of significant direct and indirect costs on the economy of the Calgary region, none of which are considered by the Calgary Metropolitan Region Board in their Growth Plan.

These costs include the millions of dollars spent creating and operating what is effectively a fourth level of government, the significant costs to Calgary businesses, residents, and the economy as a result of this extra bureaucracy, the dramatic costs that would be incurred by projects being reduced, relocated, or cancelled under the Growth Plan, as well as indirect and intangible costs.

The Plan also runs roughshod over local democracy in the member municipalities, and over the property rights of the residents of those municipalities.

What, exactly, is the point of electing a local Council in your district or town, if planning and development rules - until now one of the most important tasks of a local government - will now be controlled centrally by an unelected Board?

Worse yet, this move from voluntary cooperation to forced cooperation will not solve the very problems the Calgary Metropolitan Region Board and the Growth Plan were designed to fix.

The end result of a Growth Plan that replaces voluntary cooperation and competition with forced collaboration will be higher taxes and higher fees, more regulation and red tape, increased housing and infrastructure costs, less efficient delivery of utilities and services, and worse environmental outcomes for the entire region.

There are far better ways to accommodate future population growth in the Calgary region than via a top-down, centrally controlled regional growth plan that violates the values that made Alberta what it is today – individual freedom, personal choice, fiscal responsibility, property rights, and a free market built on competition, rather than government diktat.

The Calgary Metropolitan Region Board, and the requirement for them to create a Growth Plan to control development in the region, were an ideological creation of the former provincial government, based on the idea that top-down central planning is the best way to run an economy.

Central planning doesn't work and the current government should reverse this mistake as soon as possible by abolishing the Calgary Metropolitan Region Board and allowing municipalities to return to cooperating on a voluntary basis.